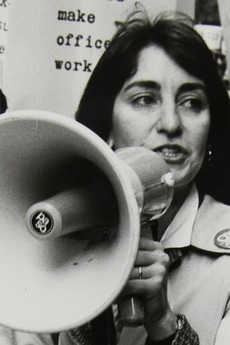 9to5: The Story of a Movement
JustWatch

9to5: The Story of a Movement

In the early 1970s, a group of secretaries in Boston decided that they had suffered in silence long enough. They started fighting back, creating a movement to force changes in their workplaces. This movement became national, and is a largely forgotten story of U.S. twentieth century history. It encapsulates a unique intersection of the women’s movement with the labor movement. The awareness these secretaries brought to bear on women’s work reverberates even today. Clericals were the low-wage workers of their era. America now confronts the growing reality of deep income inequality. The stories and strategies of these bold, creative women resonates in contemporary America.

Two hundred thirty-eight features are eligible for consideration in the Documentary Feature category for the 93rd Academy Awards. Some of…

In honor of Martin Luther King Jr. Day on January 18, we asked you for the best films about fighting…

I Call Dibs! (Films I've Logged Before All My Friends)

Title says it all.

A list of the record-breaking 240 films eligible for the Best Documentary Feature Oscar at the 93rd Academy Awards.

This is a list speculating possible nominations for the 93rd Academy Awards.

Due to the impact of COVID-19 on the…