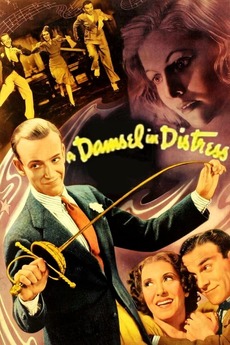 A Damsel in Distress
JustWatch

A Damsel in Distress

Lady Alyce Marshmorton must marry soon, and the staff of Tottney Castle have laid bets on who she'll choose, with young Albert wagering on 'Mr. X'. After Alyce goes to London to meet a beau she is restricted to the castle to curb her scandalous behavior. Albert then summons Jerry to Alyce's aid in order to 'protect his investment'.

In partnership with The Film Foundation, TCM presents the monthly column, "Scorsese Screens," from Academy Award®-winning filmmaker and champion of…

Every Film Ever Nominated For An Academy Award In Any Category, by NeverTooEarlyMP

This list was started and curated for years by user NeverTooEarlyMP, who unfortunately seems to be gone from this site.…

Every Film Ever to WIN an Academy Award in Any Category 🏆