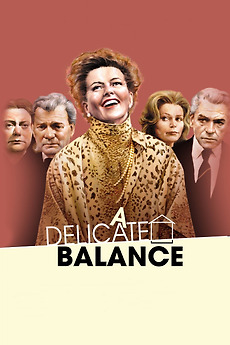 In their nice Connecticut home, Agnes and Tobias have grown used to the imperfection and fragility of their marriage. Quietly nursing their grief over the death of their son, they get by well enough together. Agnes' boozy sister wanders in and out, and they allow anxiety-stricken friends to move into an upstairs room. But, when their daughter, Julia, shows up announcing her fourth divorce, long-repressed emotions come to the surface.

Every film Roger Ebert has given a four-star rating. This is an ongoing project.

Added Comedians back on 28th Jan to make the full 1,000 titles again.

Unedited from the Homosexuality in World Cinema encyclopedia.

This is a record of the books themselves, as well as a…