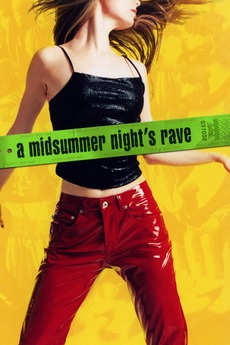 Life begins when the sun goes down for a group of party-prone friends attending an L.A. rave. The music starts and the dream begins as party-goer Puck gives them each a sample of his "love potion". This glowing green liquid fuels their inner desires and allows the friends to connect with their long secret loves during this night of dancing, lights, and unadulterated fun. The weather is hot, the music is pounding, the mood is electric and the stakes are high in this modern adaptation of Shakespeare's most popular play.

b-movies for the GIRLS

After watching Coriolanus, I was inspired to make a list of all the films inspired by the works of one…

(PLEASE NOTE: Movie Posters get updated by users frequently... so you might find instances that do not fit any longer…

The goal is to watch at least one adaptation of each of Shakespeare's works before the end of the year.…

List of movies that involve, feature major scenes of, or are about raves and/or techno music specifically.