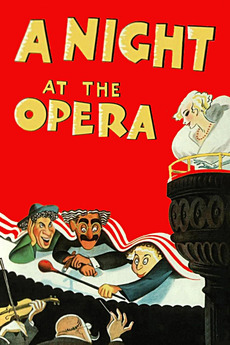 A Night at the Opera
JustWatch

A Night at the Opera

Don't miss it! The funniest picture ever made!

The Marx Brothers take on high society and the opera world to bring two lovers together. A sly business manager and two wacky friends of two opera singers help them achieve success while humiliating their stuffy and snobbish enemies.