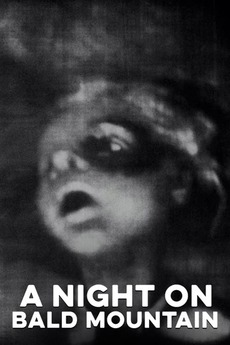 A Night on Bald Mountain

Mussorgsky's composition is the soundtrack for this pin-screen animated take on night and wild things. A scarecrow blows down, clouds move by quickly. Beings take shape; a town appears, animals flee, and a horse gallops by. A child looks on. Monsters run and float by: the phantasmagoric is everywhere. A woman's figure tumbles through space. A clash ensues. The horse falls. Goblins take control. The night and its denizens are relentless. Forms appear and become grotesque. Will dawn and calm ever come?