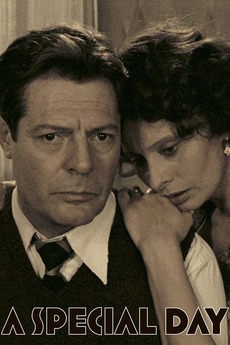 The film is set during the late 1930s: the occasion is the first meeting between Mussolini and Hitler. Left alone in her tenement home when her fascist husband runs off to attend the historic event, Antonietta strikes up a friendship with her neighbor Gabriele. As the day segues into night, Antonietta and Gabriele develop a very special relationship that will radically alter both of their outlooks on life.

Collection of films that were at some point part of the Official Letterboxd Top 250 Narrative Feature Films. Films that…