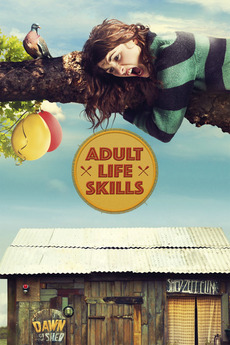 There's no badge for growing up

Anna is stuck: she’s approaching 30 and has just moved back to her rural home-town, and into a shed in her mother’s backyard. She spends her time working a menial job at a local boating center and hides in the depths of her imagination, making movies with her thumbs. Irritated by her childish behavior, Anna's mother insists that she move out of her shed and on with her life. When a troubled young boy starts hanging around, the two form an unlikely bond. Through their strange yet mutually beneficial friendship, Anna slowly begins to confront her perpetual state of arrested development.

How To Live Yours