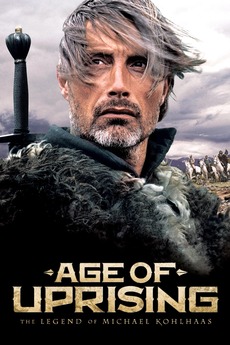 Age of Uprising: The Legend of Michael Kohlhaas

In the 16th century in the Cévennes, a horse dealer by the name of Michael Kohlhaas leads a happy and prosperous family life. When a lord treats him unjustly, this pious, upstanding man raises an army and puts the country to fire and sword in order to have his rights restored.