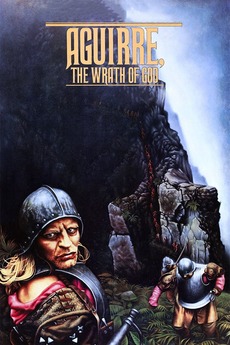 Aguirre, the Wrath of God
JustWatch

Aguirre, the Wrath of God

A breathtaking journey into the heart of darkness

A few decades after the destruction of the Inca empire, a Spanish expedition leaves the mountains of Peru and goes down the Amazon river in search of gold and wealth. Soon, they come across great difficulties and Don Aguirre, a ruthless man who cares only about riches, becomes their leader. But will his quest lead them to "the golden city", or to certain destruction?