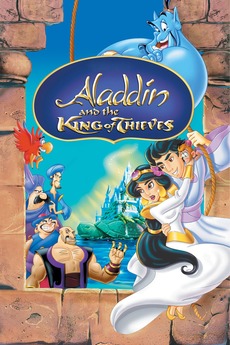 Aladdin and the King of Thieves
JustWatch

Aladdin and the King of Thieves

Legendary secrets are revealed as Aladdin and his friends—Jasmine, Abu, Carpet and, of course, the always entertaining Genie—face all sorts of terrifying threats and make some exciting last-minute escapes pursuing the King Of Thieves and his villainous crew.

Week three of the Underrated Series and we get to the animation category. At least there shouldn't be any debate…