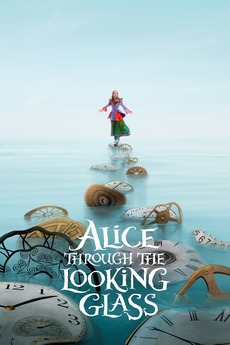 Alice Through the Looking Glass
JustWatch

Alice Through the Looking Glass

It's time for a little madness.

In the sequel to Tim Burton's "Alice in Wonderland", Alice Kingsleigh returns to Underland and faces a new adventure in saving the Mad Hatter.