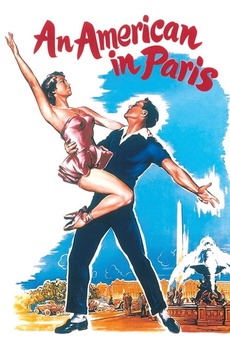 An American in Paris
JustWatch

An American in Paris

What a joy! It's M-G-M's Technicolor musical!

Jerry Mulligan is an exuberant American expatriate in Paris trying to make a reputation as a painter. His friend Adam is a struggling concert pianist who's a long time associate of a famous French singer, Henri Baurel. A lonely society woman, Milo Roberts, takes Jerry under her wing and supports him, but is interested in more than his art.

Ranked by the script and nothing else. MY OPINION!

I made a video of Scorsese mentioning a bunch of films he loves. These are all of them in that…