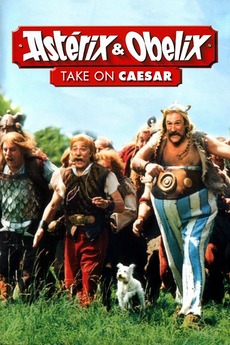 The Gauls are revolting!

Set in 50 B.C., Asterix and Obelix are living in a small but well-protected village in Gaul, where a magic potion concocted by Druids turns the townsfolk into mighty soldiers. When Roman troops carve a path through Gaul to reach the English Channel, Caesar and his aide de camp Detritus discover the secret elixir and capture the Druid leader who knows its formula, and Asterix and Obelix are sent off to rescue them.

A list of all the films I have seen that were in French, not necessarily from France tho. As always,…

FILM SERIES FOR THE MASSES

Cloned from this guy letterboxd.com/johnch/. Thank him for creating this list, he has done an awesome job, I would like…

French movies (or movies in French) rec by a French person

Any recommendations are hugely welcome.

Films based on comics and graphic novels