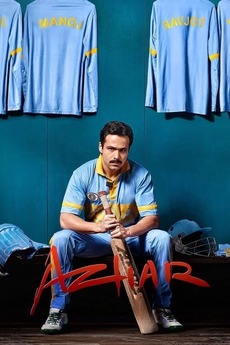 Love him. Hate him. Judge him.

Indian biographical sports film directed by Tony D'Souza based on the life of the former Indian international cricketer, Mohammad Azharuddin. It will star emraan hashmi in the lead role alongside Prachi Desai , Nargis Fakhri and Huma Qureshi

Films & documentaries about or involving the wild and wacky sport of cricket.

There are some other lists you might want to check it out: French Films Italian Films Russian Films Spanish Films…

Based On a Real Life Story...

Hello there, This list consists of almost all the hindi movies that have come out of Bollywood or India at…

Every movie on Netflix (Australia)

Every movie on Netflix Australia.

LetterboxD's new feature now allows films to be sorted by streaming service, so this list…