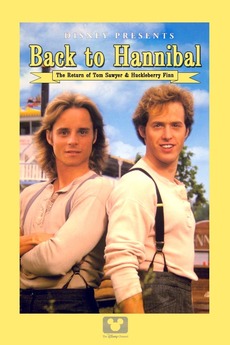 Back to Hannibal: The Return of Tom Sawyer…
JustWatch

Back to Hannibal: The Return of Tom Sawyer and Huckleberry Finn

This is yet another telling of the adventures of Tom Sawyer and Huckleberry Finn as the two try to clear their friend Jim of murder charges.

If you want to spend an amazing afternoon in the couch, these are your movies :)

Every Disney Film Ever (To go with my disney marathon list)

Movies of the American Midwest

Not meant to be comprehensive, and I don't update all that frequently. Suggestions welcome. Movies set in the American Midwest…

All Disney Features and Shorts in Release Order - a challenge?

Everything with a Disney name attached to it in release order from their inception through to the present day. Includes…

TV movies have been around for quite some time, and comprise a wide variety of genres. Some are adaptations of…