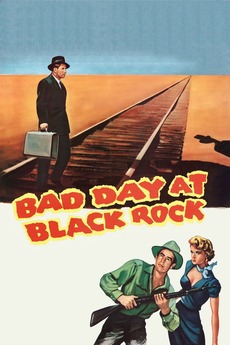 Just the way it happened!

One-armed war veteran John J. Macreedy steps off a train at the sleepy little town of Black Rock. Once there, he begins to unravel a web of lies, secrecy, and murder.