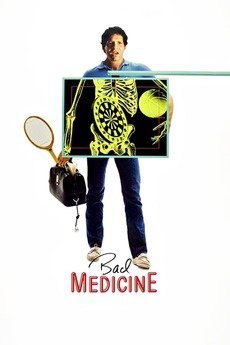 The comedy that teaches a new low in higher education.

Jeff Marx wants to study medicine and become a physician. However, his grades are far from enough to get him into an American medical school. But then he gets a chance to study medicine abroad in a small Latin American dictatorship governed by the dictator Ramon Madera who has a big interest in how the medical students behave.

Chronological list of every movie released theatrically in the United States from Jan. 1, 1980 through December 31, 1989, with…

As an homage to Movies You Forgot Exist ('90s Edition), I thought I give my own spin to this list,…

For films produced by Fox Film prior to the 1935 merger with 20th Century Pictures, see List of Fox Film…