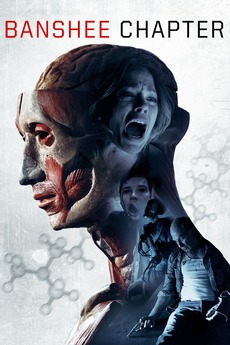 The experiments are over, the terror has just begun...

On the trail of a missing friend who had been experimenting with mind-altering drugs, a young journalist - aided by a rogue counter-culture writer, The Silence of The Lambs -- finds herself drawn into the dangerous world of top-secret government chemical research and the mystery of a disturbing radio signal of unknown origin. A fast-paced thriller blending fact and fiction, Banshee Chapter is based on real documents, actual test subject testimony, and uncovered secrets about covert programs run by the CIA.

Free Found Footage Movies on YouTube— links are in the ‘notes section’.

See my other Found Footage lists on Letterboxd-…

Over the course of 5 to 6 years, I have been studying/researching, if you will, films that have some sort…