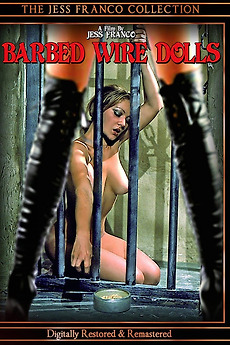 After killing her father who had attempted to rape her, Maria da Guerra is sentenced to prison for life. The wardress is a sadistic lesbian without mercy or humanity. Upon her arrival Maria is taken to a special section for mentally disturbed prisoners where torture and rape are part of the day-to-day reality. One day the Regional Governor arrives, claiming to have received a letter from one of the prisoners describing incredible events in the prison. The writer of the letter was clearly unaware that the Governor is also part of the conspiracy. Carlos Costa, a male nurse pretending to be the prison doctor Moore, falls in love with Maria. After seducing him, Maria kills him with a pair of scissors and escapes with her friends Bertha and the disturbed Rosario, hoping to find safety in the Governor's house, unaware that he will not help them...