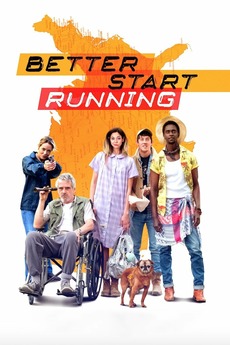 An eclectic band of misfits becomes an unlikely family as they take a wild journey in the name of love while on the run from an overzealous FBI duo who want them dead or alive - preferably dead.

By year: Feature films produced in 2018

Optimum is giving us free Showtime until the end of the year. Update: They've given us another free month!