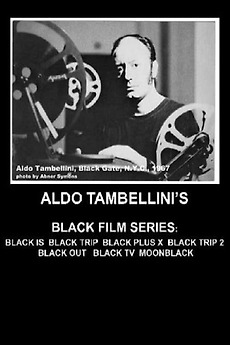 Black TV is the title of Tambellini’s best-known videographic film, which is part of a large intermedia project about American television. Compiled from filmed television news programs and personal experimental videotapes, Black TV has been seen in many versions during the four-year period in which Tambellini constantly re-edited it (1964-68).

Here is the fully complete list of all films mentioned in Amos Vogel's 1974 book Film as a Subversive Art.…

Every ten years, Sight & Sound conducts a poll for the greatest films of all time. For the 2012 edition, 846…

Squint skyward and listen — loving him, we move within his borders: just asterisms in the stars’ set order. We could stand for a century, staring, with our heads cocked, in the broad daylight, at this thing:

Joy, landlocked in bodies that don’t keep — dumbstruck with the sweetness of being, till we don’t be.

Expanded Cinema by Gene Youngblood, the first book to consider video as an art form, was influential in establishing the…

Short films that didn't get included in my "Ultimate Film Canon" lists, or my "Underrated and Obscure Gems" list. A…