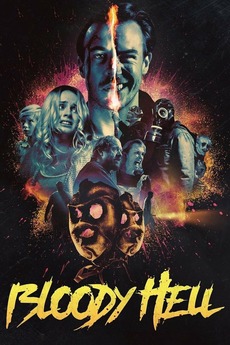 One Hell of a Fairytale

A man with a mysterious past flees the country to escape his own personal hell... only to arrive somewhere much worse. In an effort to survive this new horror, he turns to his personified conscience.

My favorite movies of all time, includes all genres. But only movies with five or at least four stars. The…

Colors Of The Dark Podcast : Movies We Seen And More