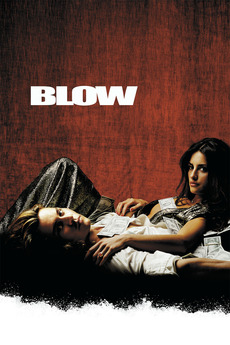 Based on a True Story.

A boy named George Jung grows up in a struggling family in the 1950's. His mother nags at her husband as he is trying to make a living for the family. It is finally revealed that George's father cannot make a living and the family goes bankrupt. George does not want the same thing to happen to him, and his friend Tuna, in the 1960's, suggests that he deal marijuana. He is a big hit in California in the 1960's, yet he goes to jail, where he finds out about the wonders of cocaine. As a result, when released, he gets rich by bringing cocaine to America. However, he soon pays the price.

most beloved guilty pleasure movies that we’d be a little embarrassed to be caught watching (but not really).

(UPDATED: November 22, 2020) Here's a complete listing of films streaming on HBO Max. I'll do my best to keep…

Films to watch at 2-3am in case you're drunk and/or on drugs [Psychedelic, Stoner...]

These films are pre-filtered for the exact right parameters: