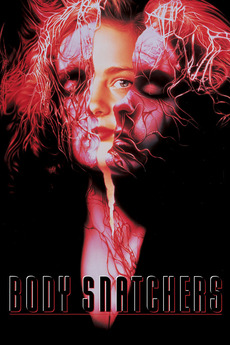 Imagine... you're gone and someone else is living inside your body.

When Environmental Protection Agency inspector Steve Malone travels to a remote military base in order to check for toxic materials, he brings his family along for the ride. After arriving at the base, his teenage daughter Marti befriends Jean Platt, daughter of the base's commander, General Platt. When people at the base begin acting strangely, Marti becomes convinced that they are slowly being replaced by plant-like aliens.

procrastinating rn, and once again thinking about horror, so taking a page from the book of mike. basically all horror…