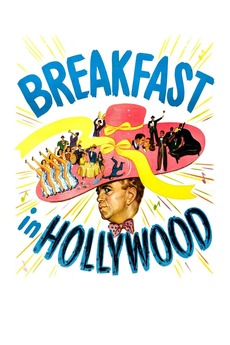 HEART-SINGING...LAUGH-RINGING! Here's a Honey of a Hit!

The goings on of a few members of a radio show's audience is the premise for this feature film derived from the popular ABC radio show of the 1940's. This film features Tom Breneman, the radio show's host, as well as Bonita Granville, Beulah Bondi, Zasu Pitts, Billie Burke and Hedda Hopper. Musical performances are provided by Nat King Cole and the King Cole Trio, along with Spike Jones and his City Slickers.

Every Movie on Paramount+

Being a) a lover of cinema; b) a peruser of film books and movie criticism; and c) an enthusiast of…