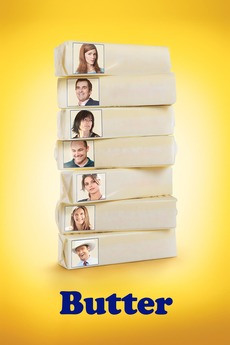 A comedy about sex, power and spreading the wealth.

An adopted girl discovers her talent for butter carving and finds herself pitted against an ambitious local woman in their Iowa town's annual contest.

Everything I've ever seen from male gaze bullshit to the…