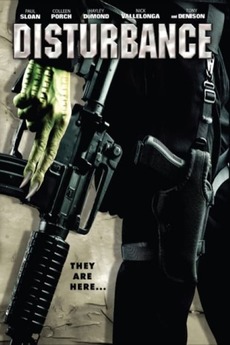 They Are Here....Hud Masters (Paul Sloan) a serial killer on death row has his execution faked by a clandestine government organization in exchange for an extension on his life. Hud is injected with an alien fetus enabling him to find hunt down and kill a rogue alien race that have deserted their world and have inhabited human hosts to stay alive. With the help of Special Agent Logan (Colleen Porch) and the Alien police Hud must race against time - and his inner demons - as he defends the human race from aliens who themselves must fight against extinction.

Crap In Space! Alien Trash From Another World!

A list of horror films that aren't widely known to the public, only live in their rare current VHS (or…

Vortex of Schlock 2021 Films Made of Awful

The 21st Century. Here is evidence of how idiotic we still are. (This list contains 2021 films made in the…

Movies covered in the Katsucon 2020 panel, with additional recommendations. 1-33 had clips shown in the panel, everything else is…

Films I Own But Haven't Seen

These are the films I've amassed in my hoarding-levels of collecting movies. As I watch them, I'll delete them as…

They Walk Among Us: Alien Infiltration in Sci-Fi