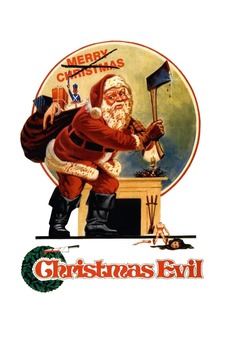 A toy factory worker, mentally scarred as a child upon learning Santa Claus is not real, suffers a nervous breakdown after being belittled at work, and embarks on a Yuletide killing spree.

Terror in Toyland, You Better Watch Out, Böse Weihnacht