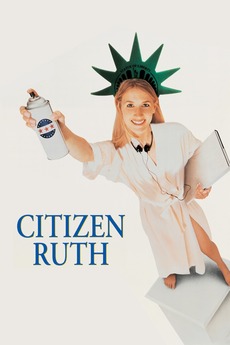 Life, liberty, money and the pursuit of happiness. She's gotta have it.

"Citizen Ruth" is the story of Ruth Stoops, a woman who nobody even noticed -- until she got pregnant. Now, everyone wants a piece of her. The film is a comedy about one woman caught in the ultimate tug-of-war: a clash of wild, noisy, ridiculous people that rapidly dissolves into a media circus.

greta gerwig talked about these films

I'm a simple woman - if greta gerwig recommends, I'll watch it. (references on notes!) I only included movies she…