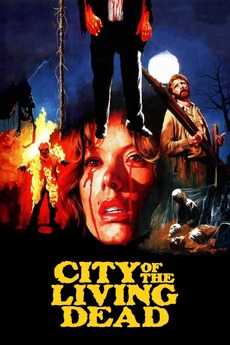 City of the Living Dead
JustWatch

City of the Living Dead

And the dead shall rise and walk the earth!

A psychic participates in a séance where she sees a vision of a Dunwich priest hanging himself in a church cemetery, causing her to die of fright. New York City reporter Peter Bell investigates the séance and learns that the priest's suicide has somehow opened a portal to Hell and must be sealed by All Saints Day, or else the dead will overtake humanity.

“we live inside a dream”

films that are surreal, dreamy, and just a little bit weird suggestions welcome! please note: this list used to be…