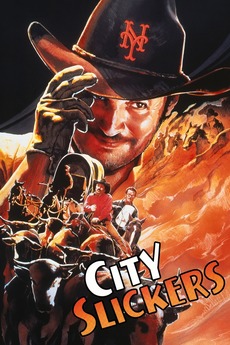 Yesterday They Were Businessmen. Today They're Cowboys. Tomorrow They'll Be Walking Funny.

Three New York businessmen decide to take a "Wild West" vacation that turns out not to be the relaxing vacation they had envisioned.