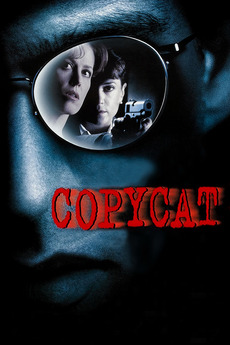 One man is copying the most notorious killers in history one at a time. Together, two women must stop him from killing again. Or they’re next.

An agoraphobic psychologist and a female detective must work together to take down a serial killer who copies serial killers from the past.