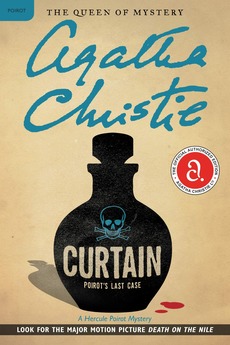 "But I will wear my heart upon my sleeve. For daws to peck at: I am not what I am."

Still mourning the untimely death of his wife, Bella, Hastings is summoned to Styles Court in Styles St. Mary by his old friend Poirot. Styles is being run as a modest post-war guest house, and it is here that Hastings makes a gut-wrenching discovery: Poirot's health has taken a turn for the worse. The Belgian detective is now old, gaunt, arthritic, and confined to a wheelchair as he battles a weak heart. But his little gray cells are as active as ever, which is why Poirot has called him to Styles in the first place - a murderer is in their midst, and may be ready to strike again.