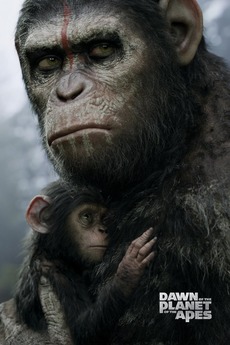 Dawn of the Planet of the Apes
JustWatch

Dawn of the Planet of the Apes

One last chance for peace.

A group of scientists in San Francisco struggle to stay alive in the aftermath of a plague that is wiping out humanity, while Caesar tries to maintain dominance over his community of intelligent apes.

the name speaks for itself