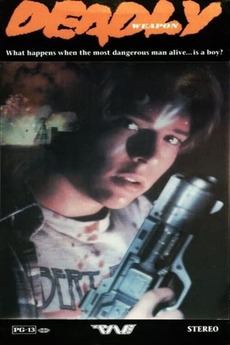 From the writer of Robocop comes a brand new killing machine...

An expermintal gun powered by an atomic reactor is misplaced when the transport carrying it crashes into a river. The weapon soon falls into the hands of a bullied teen named Zeke, who uses it to get even with his persecutors. An army team led by the overzealous Lt. Dalton is sent to recover the weapon before it's unstable reactor overloads and causes a meltdown.

People are too eager to dismiss VHS. But what a lot of people don't know, is that there are movies…

Automatically generated using data from OFDB. Over 400 films are still missing from letterboxd. Here is the complete list, here…

When it comes to teen films, it's easy to…

Movies that feature dogs. The dogs don't need to have a name or be the protagonist's pet, but no dogs…