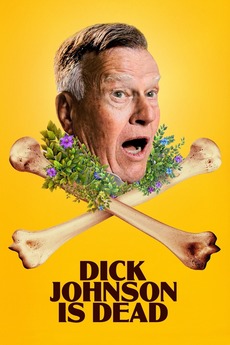 With this inventive portrait, director Kirsten Johnson seeks a way to keep her 86-year-old father alive forever. Utilizing moviemaking magic and her family’s dark humor, she celebrates Dr. Dick Johnson’s last years by staging fantasies of death and beyond. Together, dad and daughter confront the great inevitability awaiting us all.