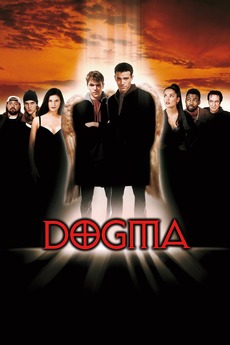 It can be Hell getting into Heaven

The latest battle in the eternal war between Good and Evil has come to New Jersey in the late, late 20th Century. Angels, demons, apostles and prophets (of a sort) walk among the cynics and innocents of America and duke it out for the fate of humankind.