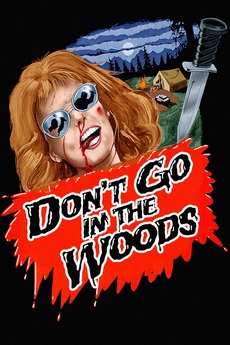 Don't Go in the Woods
JustWatch

Don't Go in the Woods

Everyone has nightmares about the ugliest way to die.

Four backpackers decide to take a hike in the mountains of Utah. But within the woods lurks a killer. But who...or what...is it? The lazy local sheriff blames bears. But the escalating body count seems to point to a human killer. Ignoring the warning signs, our campers remain lost in the woods...alone...awaiting their fate.

Thinking about 1981 slashers all day so out together my list of favorites.