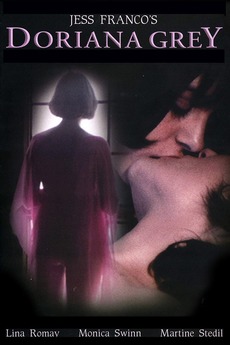 Lady Doriana Grey, who haunts her isolated castle, and her twin sister who has been driven insane after being institutionalised at a young age. In the mental facility, the sister is under the care of Dr. Orloff. The two share a psychic connection, and along with their similar looks, they apparently have another common bond. It would seem that Doriana is unable to experience sexual satisfaction. Her enigmatic presence brings her many lovers; mostly female who are unable to resist her charms. In succumbing to their lust for Doriana, they pay the ultimate price. As she brings them to orgasm, they perish as a result. This curse is apparently what keeps her young and enchanting. The lunatic sister on the other hand experiences everything, including the orgasms her other half is unable to achieve. She revels in the feelings her sister's lovers project when they are in their final throes of life and passion.

This list is likely to change throughout time.   One of my favorite directors!

Jess Franco movies I own on disc & more

"I don't think I've made good movies. I've just made some movies more disgusting than others." - Jesús Franco Manera…

The Year/s of Franco

During 2019 I attempted to watch chronologically all the Jess Franco films available in English, ranking them as I went.…

A watchlist I've accumulated over the past decade on my search for hidden gems. Culled from an even longer mubi…

A Letterboxd clone of an impressive list: mubi.com/lists/cures-for-insomnius Made by the user insomnius.

*Missing some entries not on LB.