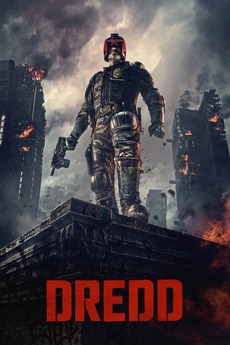 In the future, America is a dystopian wasteland. The latest scourge is Ma-Ma, a prostitute-turned-drug pusher with a dangerous new drug and aims to take over the city. The only possibility of stopping her is an elite group of urban police called Judges, who combine the duties of judge, jury and executioner to deliver a brutal brand of swift justice. But even the top-ranking Judge, Dredd, discovers that taking down Ma-Ma isn’t as easy as it seems in this explosive adaptation of the hugely popular comic series.

oh, so you wanna be a filmbro? don't worry, i gotchu if i'm missing any, please let me know so…

Vote for the most Badass Movies [CLOSED]

NEW RULE You can vote for 10 Movies now (not only for 5) My Picks: Django Unchained The Departed Warrior…