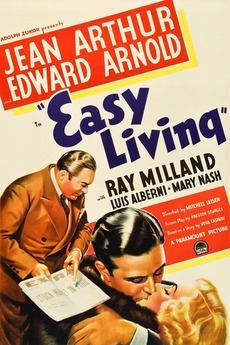 J.B. Ball, a rich financier, gets fed up with his free-spending family. He takes his wife's just-bought (very expensive) sable coat and throws it out the window, it lands on poor hard-working girl Mary Smith. But it isn't so easy to just give away something so valuable, as he soon learns.

RIP Allan Fish, your film taste and writing lives on.