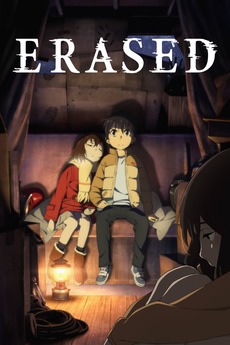 Satoru Fujinuma is a struggling manga artist who has the ability to turn back time and prevent deaths. When his mother is killed he turns back time to solve the mystery, but ends up back in elementary school, just before the disappearance of his classmate Kayo.

Generate a number (from 1 to x) via: www.random.org

A list containing Japanese films that I have watched so far.

all types, all lengths