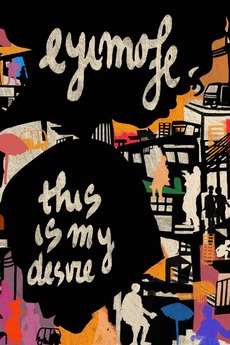 Eyimofe (This Is My Desire)
JustWatch

Eyimofe (This Is My Desire)

You have a dream. Life has other plans.

A man and a woman in Lagos want to escape their everyday lives, but extricating themselves is no easy task. Two stories narrated with tenderness and restraint that only fleetingly touch, the dream of migrating to Europe floating above them all the while.

The Museum of Modern Art and Film at Lincoln Center announce the 50th anniversary edition of New Directors/New Films (ND/NF),…

Master list of African films that I've seen and/or am interested in seeing. To be updated constantly. Focus is on…

Programme of the 14th edition of LICHTER Filmfest Frankfurt International :: 2021 ::

from class world cinema. I will try to add more but for a more in-depth list: docs.google.com/spreadsheets/d/1_xULqMM-IppLHvkKbOQE8QXnPjoNrbcUDERlq-HQwqQ/edit?usp=sharing

Not on letterboxd yet: That's Night train - Hamidreza…

films that either look interesting or I've seen from all the countries Senegal: 52 Mali: 19 Burkina Faso: 34 Burundi:…