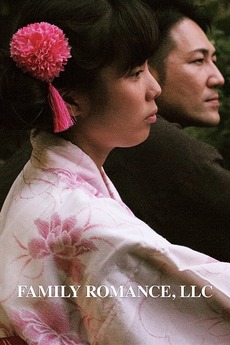 Love is a business at Family Romance, a company that rents human stand-ins for any occasion. Founder Yuichi Ishii helps make his clients’ dreams come true. But when the mother of 12-year-old Mahiro hires Ishii to impersonate her missing father, the line between acting and reality threatens to blur.