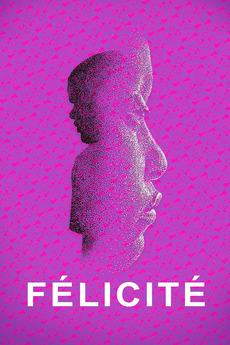 Félicité, a strong and proud woman, sings in bars in Kinshasa. She drifts away from reality when her 14-year-old son gets into an accident. In electric Kinshasa, she wanders in a world of music & dreams... until love unexpectedly brings her back to life.