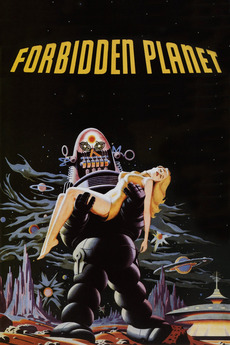 Earthmen on a fabulous, peril-journey into outer space!

Starship C57D travels to planet Altair 4 in search of the crew of spaceship "Bellerophon", a scientific expedition that has been missing for 20 years, only to find themselves unwelcome by the expedition's lone survivor and warned of destruction by an invisible force if they don't turn back immediately.

A Few of the Fingerprints on the ‘World of Tomorrow’ Universe