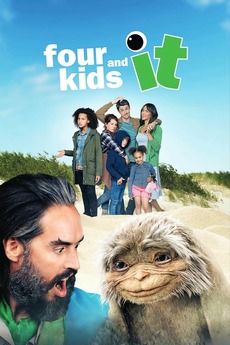 Four Kids and It
JustWatch

Four Kids and It

Be careful what you wish for.

A group of kids on holiday in Cornwall meet a magical creature on the beach with the power to grant wishes.

Ranking Every Film I've Ever Seen

This list has been in the pipeline ever since the 2000th movie list came out, so this I've updated every…

It's Summer time, and you know what that means..!

The Little Mermaid: The Musical (Broadway) Big Hero 6 The Series The Legend of Tarzan Series The Emperor’s New School…

We absorbed slimehouse in day care growing up. We went to the slimehouse with our friends.

All Movies Released in 2020 Ranked in Order from Best to Worst based on my opinions alone, films from Festivals…