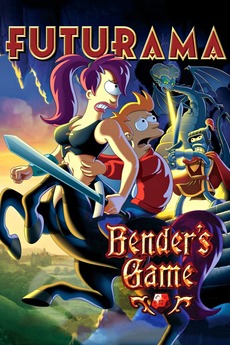 When Leela is insulted by a group of space-rednecks (like regular rednecks, but in space) she enters the Planet Express ship in a demolition derby. She emerges victorious, but when she brings the damaged ship home and the Professor sees the fuel gauge, he's enraged by the hit he's going to take at the Dark Matter pump. Now the crew have to find a way to break Mom's stranglehold on starship fuel, even if they have to wade through a Lord of the Rings-inspired fantasy-land to do it!

Excluding films based on anime TV series and the DC Universe series, which are so prominent that they would almost…

I made comprehensive lists of all the movies I’ve seen from other genres, so why not

As with all long…

The following is every movie (No shorts, stand-up specials, or DVD supplemental. Only content over 30 minutes) that I have…