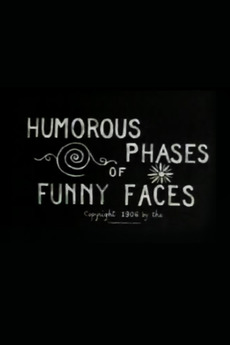 A cartoonist draws faces and figures on a blackboard - and they come to life.